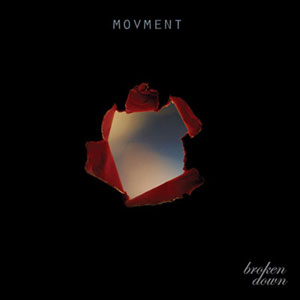 The first album from Movment, “Broken Down” has been released in Ireland and the UK. It is available online direct from Distort The Scene or via Bandcamp. Digital copies of the album are in most online digital stores. The album contains 9 tracks.
Video Footage for the single Driven is on YouTube.
The album will be released shortly in Europe.

More details on “Broken Down” is available here